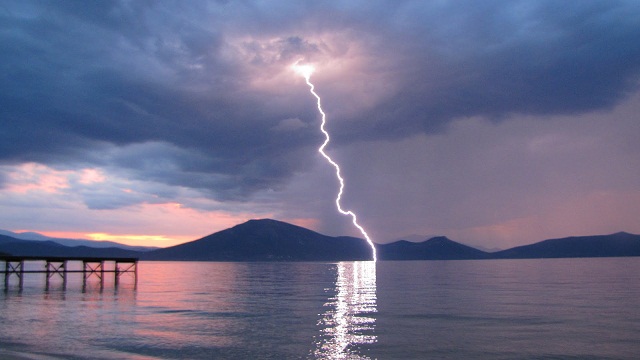 Over 10,000 thunderbolts have occurred throughout Greece in 12 hours on Sunday according to ZEUS system of the National Observatory of Athens.

The combination of hot and liquid masses with the high atmospheric instability over Greece led to a large number of thunderstorms on Sunday.

The evening thunderstorms in Greece in June are a natural due to the high instability observed every year, according to the Observatory’s meteo service.

However, it is not frequent to be accompanied by large sized hailstones up to 5 to 6 cm, as it happened in many cases on Sunday mostly in the regions of Ioannina, Pella and Kozani.

The storms will continue on Sunday while on Monday there is high possibility of hailstorm, mostly in the regions of western Macedonia and in the mountainous areas.

The dust concentration will be high in the western parts of country.