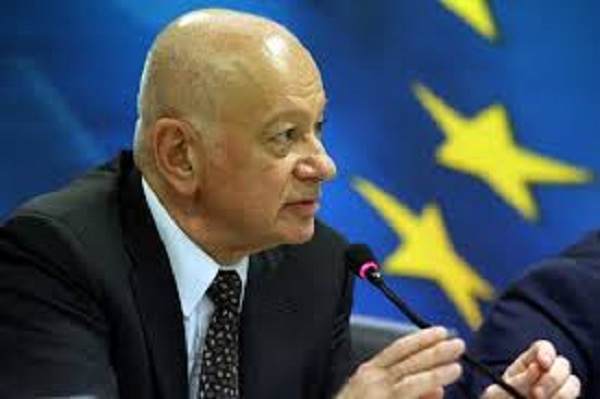 Draft legislation that simplifies the procedures for starting a new business was passed in the Greek Parliament on Tuesday, with Economy and Development Minister Dimitris Papadimitriou pledging to deliver “enterprise in conditions of social justice”.

“The government will move decisively on investment issues, with transparency and broader social consensus to restore enterprise in the country in conditions of social justice, without exclusion or discrimination,” he said.
The bill was passed with broad backing, with Papadimitriou calling on the political parties to offer the “greatest possible consensus” since the draft bill would help attract investment and improve the functioning of the market.

“…when I address the international community and negotiate on issues that afflict Greek society, such as a settlement of the debt, I want to speak on behalf of the Greek people. This is why I am seeking the greatest possible consensus in Parliament,” he said.

The bill was passed “in principle” by the ruling coalition parties SYRIZA and Independent Greeks (ANEL), as well as main opposition New Democracy, Potami and Union of Centrists. Votes against were cast by the Democratic Alliance, far-right Golden Dawn, and the Communist Party of Greece (KKE).

ND, Potami, and Democratic Alliance did raise issues of untransparency and “targeted legislation” within the draft bill, in connection with the posting of public-sector contracts on the diavgeia website and GPS tracking of fuel trucks to combat illegal trade in fuels.

In the wake of the furore over article 19 introducing fines for using false certificates to qualify for assistance under the development law, finally withdrawn by the minister on Monday, criticism of “targeted legislation” was also voiced during the plenum debate on Tuesday, with MPs asking for other articles to also be withdrawn.

Papadimitriou denied that the bill targeted any specific interests and said it was linked to the second review of the Greek programme.

Meanwhile, a second draft bill simplifying the red tape involved in issuing a business licence, entitled “A New Legal Framework for the Exercise of Economic Activity and Other Statutes” was also passed by the relevant Parliamentary Committee on Tuesday. The measures introduced by the draft bill are also among the prior actions needed to conclude the second review of the Greek adjustment programme. The draft bill has been tabled using fast-tracked procedures and is due to be discussed and voted on in the Parliament plenum on Wednesday.

During Tuesday’s session in the committee, Alternate Economy Minister Alexis Charitsis promised to take into account the political parties proposals and comments and present improvements.