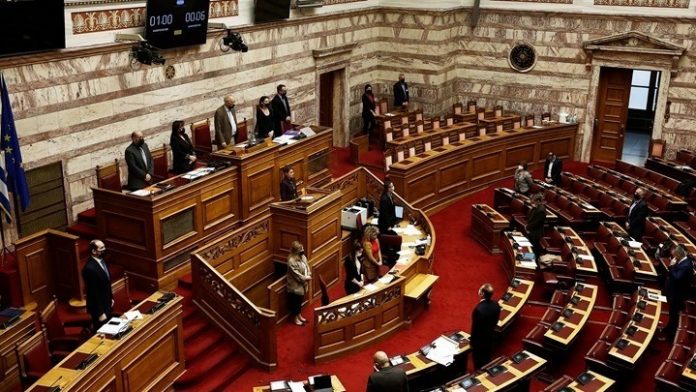 The 2021 state budget was approved by 158 votes in parliament after a five-day debate and a roll-call vote on Thursday night.

Due to coronavirus safety protocols and concerns, some of the 300-strong parliament members voted by letter, while those present voted through the parliament’s e-tally system.

A majority of 189 MPs approved the expenditures of the National Defense ministry and 266 MPs those of the Presidency of Democracy.

In addition, 158 MPs approved all other ministries’ expenditures, with 142 voting against. The exception was the Citizen Protection ministry budget, which was approved by 159 MPs and rejected by 141 MPs.

The budget was debated over five days. Parliament President Constantine Tassoulas said the plenary was in session for 60 hours, and speakers included 234 MPs, 37 members of the government and 6 party leaders. He added that it was the first time it was unnecessary to reduce speaking times in order to accomodate all signed-up speakers.