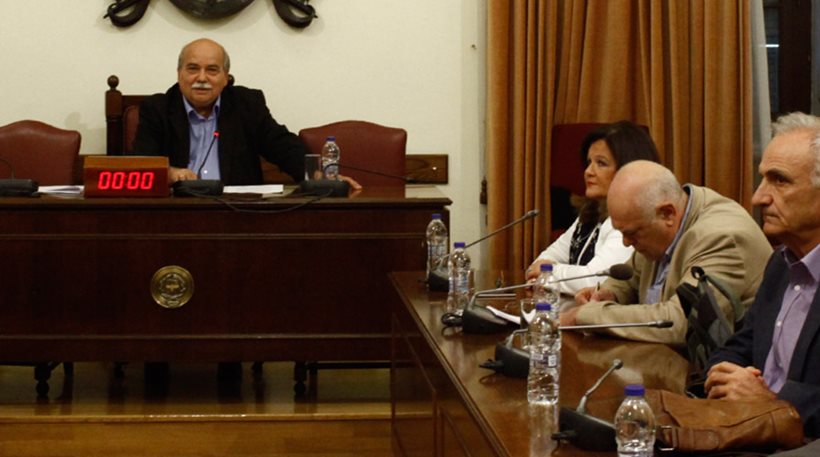 The government does not plan to backtrack on its proposed amendment to transfer all powers on TV licensing to the TV regulator and simply used the term “suspend” instead of “abolish” the previous provisions to avoid legal entanglements with the winners of the previous tender, Parliament president Nikos Voutsis said on Monday.

Voutsis was speaking during a meeting of the Conference of Parliament Presidents which is debating the election of a new board for the country’s independent TV watchdog, the National Council for Radio and Television (NCRTV).
“After a lot of thought and many talks with legal experts, we chose this wording to avoid any claims against the Greek state,” Voutsis said, responding to questions on the amendment submitted by the government earlier today.

“The fact that the amendment says ‘suspended’ and not ‘abolished’, doesn’t mean the government reserves its rights in order to allow something else,” he explained adding that he personally guarantees that there will be no backtracking on the government’s side.

“The word ‘suspension’ is very precise, subject on the final declaration, not so as to change the decision, but to avoid … reasonable or unreasonable, but at any rate serious complaints and expectations on the part of those who were successful bidders in the tender,” he added.