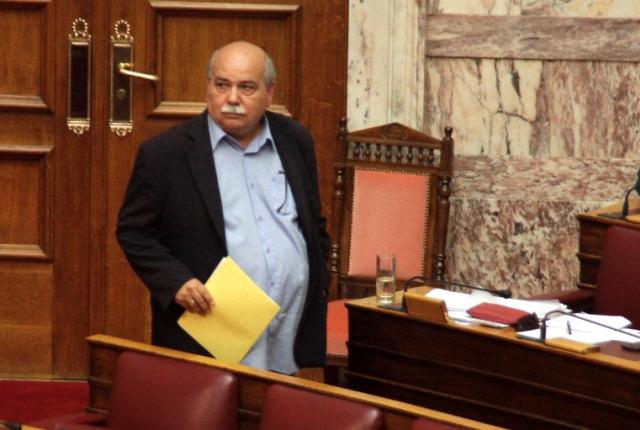 The breakthrough achieved in forming a National Council for Radio and Television (NCRTV) was especially significant, Parliament President Nikos Voutsis said in an interview with the Athens-Macedonian News Agency (ANA) published on Sunday, while noting that it marked a historic ‘first’ for Greece.

“To begin with, it is of special significance that the 5th constitutionally established independent authority was formed; in other words, it was possible for all five Authorities to be formed from scratch – and this has never happened in the past,” he said.

The positive side of the long delay in forming the new authority, he added, was that the new NCRTV would not be starting from scratch but could build on the lengthy discussions, the work already done and the experience thus gained in order to hold a tender that would finally regulate the television landscape within a few months time.

“It is possible to very quickly…in a few months perhaps, to conduct the tender process and to regulate and control the sector with regard to the licences of the major, nationally broadcasting television stations,” he said. Another of the legacies of the delay would also be the discussion on the number of such licences, which Voutsis said should be greater than the four originally decided on by the government “but I hope and am sure will not be excessively greater.”

“All this will be discussed again when the NCRTV shapes its own strategy on this issue. We said clearly that obviously we can go to a higher number than the four licences and also that this issue cannot be allowed to become overly stretched, with some views calling for 10, 12, 16 and more on the basis of what the digital spectrum can fit….With the given advertising ‘pie’ and in the midst of the crisis, I believe it is too risky for too many to come and seek licences in the new television sector. But we do not want to anticipate a discussion that, on the basis of what we have voted for and what we have public pledged to do, will chiefly be held within the NCRTV,” he said.

The political discussion in Parliament had also covered issues such as the technical support and staff that the authority will need to carry out the tender and the others that will follow, for radio, regional television channels and others, as well as its day-to-day supervisory role.

Voutsis praised the stance of the government, the prime minister and the new Digital Policy, Communications and Media Minister Nikos Pappas in pledging to provide swift support for the NCRTV so that it can achieve results.
Regarding those saying that the ruling majority had been “forced into retreat” on this issue, he pointed out that forming the authority was the duty of the state under the Constitution. He praised the stance adopted by the lesser opposition parties, such as PASOK and Potami, but was strongly critical of the stance adopted by main opposition New Democracy on this issue.

“The NCRTV had delayed a lot and the dictate of the Constitution – because it is a dictate and not a suggestion – to the parties and the political system was clear: to reach a four-fifths majority so that independent authorities can be formed,” he said.