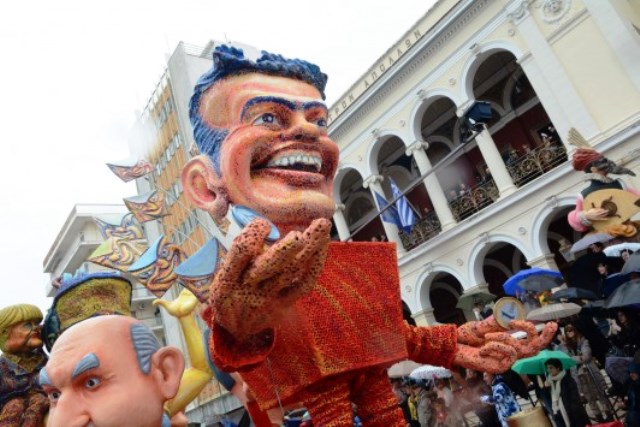 Patras mayor Costas Peletidis declared on Saturday the official start of the Patras carnival urging the young people to not compromise and to claim what belongs to them.

Peletidis in his address to the people that despite the low temperatures had flooded Georgiou square said “The best carnival in Greece has started. The drums of peace sound tonight from Patras for the entire world. If my the half of my heart is here, in this square, the other half is in the Aegean, there where children die every day because of the imperialists” he said and continued “Young people to not compromise and claim what belongs to you, send the message to the powerful that you are the hope, the only genuine hope of the people. Let’s go together with joy and vividness to overcome the difficulties and to have lots of fun”.

The opening ceremony of the carnival was a voyage of voices, songs and traditional music where Greece joined with Africa, Brazil, Mexico, Cuba and Italy and concluded with the group of percussion instruments of Athens 2004 Olympic Games and fireworks that gave special colour to the city’s sky.