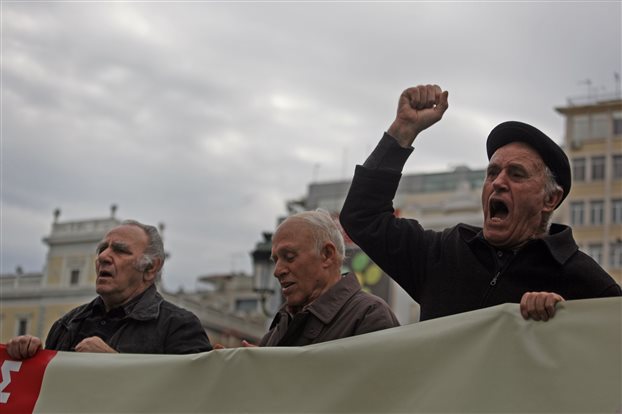 Pensioners are staging an anti-government rally in Greece to protest a new round of cuts introduced under the country’s international bailout program.

The protesters marched Thursday through central Athens to the labor ministry in a peaceful rally, as the country’s largest labor union called a 24-hour strike for Dec. 8.

Under pressure to make deeper cuts, the left-wing government has imposed reductions on most supplementary pensions that are paid out by smaller state-backed funds.

Inspectors from the International Monetary Fund and European Union institutions are due to return to Athens this month to oversee major changes to labor laws and union regulations, as well as measures to ease pressure on domestic banks from high levels of non-performing loans.