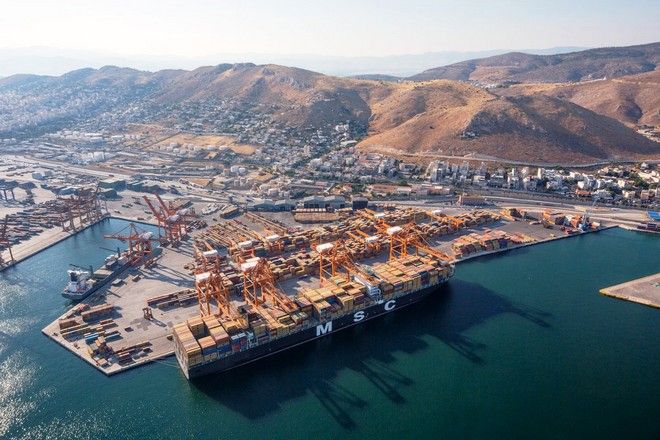 Work has started at Piraeus Port to upgrade the harbour ahead of the arrival of a new floating tank, “Piraeus III”, at the end of February, in a project that the managing company, Chinese shipping giant COSCO, started last June.

The work, undertaken by construction company TEKAL, includes dredging the harbor to create up to 20 meters of operating depth, providing new electricity and water supply networks, and installing four mooring buoys for anchoring ships. Completion of the project is expected in early March.

The floating tank – 240 m long, 35 m inboard, 22,000 tons lifting capacity and full crane equipment – will be able to service ships with a capacity of 80,000 tons. Shipping officials have said that ships will no longer need to carry out repair and maintenance operations in other Mediterranean shipyards, while this move is also expected to open new jobs in the Greek market.

Approval to install the tank was signed on Dec. 20 by the general secretary of Ports and Port Policy Christos Lambridis. The existing floating tank “Piraeus II” which is currently stationed at the same spot will be transferred to the eastern pier of the shipbuilding repair area and “Piraeus III” will take its place.

Cosco has announced that an additional 300,000 tonne panamax floating tank will be in place in 2018 depending on market needs.