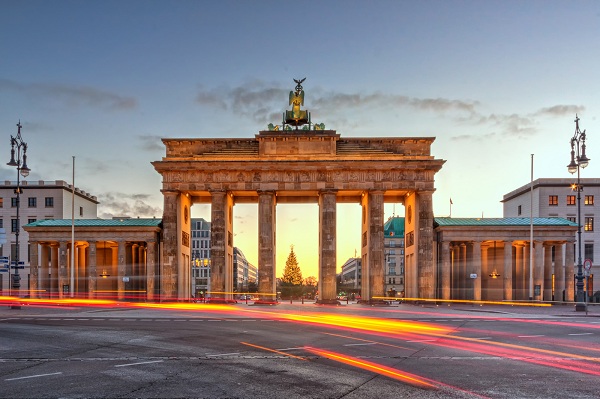 Germany?s goal must be a European Germany and not a German Europe, the country?s Ambassador to Greece Jens Ploetner said on Wednesday, as he opened a reception at his home, celebrating the Day of German Unity.

Ploetner said Germany has come a long way, from war and devastation to its division, becoming today a democratic and prosperous country in the heart of Europe.

?But we acknowledge Germany will never be an easy fatherland for we have looked our past in the eyes. This past lies upon us. Today, Germany can, Germany must be one of the driving forces that work for peace, prosperity and stability on our European continent. Because we have learned the lessons of our history, our goal can never be a German Europe; our goal must always be a European Germany,? he said.

The ambassador welcomed his guests in Greek, thanking them for the help he received in the last few months. ?It was very important for me. From the first day I felt Greek hospitality and the very deep friendship between Greeks and Germans. What a precious gift!? he said.

For 27 years, Germany has been celebrating the fall of the Berlin Wall, the reunification of Germany and subsequently the fall of the Iron Curtain all around Europe which reunified the continent, he said.

?For us Germans, this is a day for deep gratitude towards all those who stood by our side in the crucial months leading to our unification. We remember the staunch and unwavering support of our American friends. We remember brave men and women in then Czechoslovakia and Hungary, as well as in Poland. We remember our French partners and we also remember that Greece was one of the first countries to support a united Germany. Today we gather here as partners, we gather here as friends,? he said.

He then welcomed members of civil society who provided shelter, education, medical assistance and humanity to refugees. ?I?ve witnessed how difficult this work can be and I would like to thank you this evening, thank you for showing Europe?s humane face.?

He also thanked Greek firefighters who ?fought day and night? this summer to keep everyone safe, to protect homes, families and nature. ?A big thank you and a big bravo to Greek firemen,? he said in Greek.

Ploetner said that building a strong European Union is now the continent?s best answer to the ?tragic meanders? of the 20th century. He said Europe should respond to the aspirations, the hopes and even the fears of its citizens.

The ambassador noted the importance of the next elections of the European Parliament next year, saying the time until the will be decisive. He mentioned French President Emmanuel Macron?s ?ambitious set of ideas? on how to strengthen the EU, expressing his belief that they will be an important topic of discussion in the upcoming formation of a new German government in Berlin.

?Germany looks forward to working closely with all those who place their hopes for a better hope in a stronger Europe and I?m certain that also Athens and Berlin will work side by side in this endeavor,? he said.