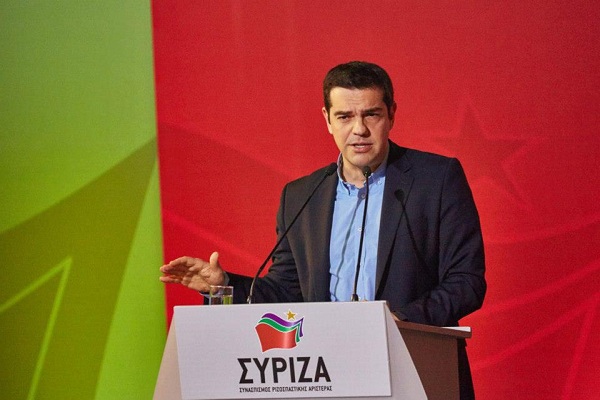 Prime Minister Alexis Tsipras noted his ten-year anniversary at the helm of SYRIZA on Saturday, saying he continues “with the same passion.”

“We continue with the same passion, the same enthusiasm and the same (maybe even more) boldness,” he tweeted.

The tweet was accompanied by a photo of Tsipras at the 5th SYN (Synaspismos) conference of 10 February 2008, when he was elected party president. Synaspismos is SYRIZA’s largest party component.