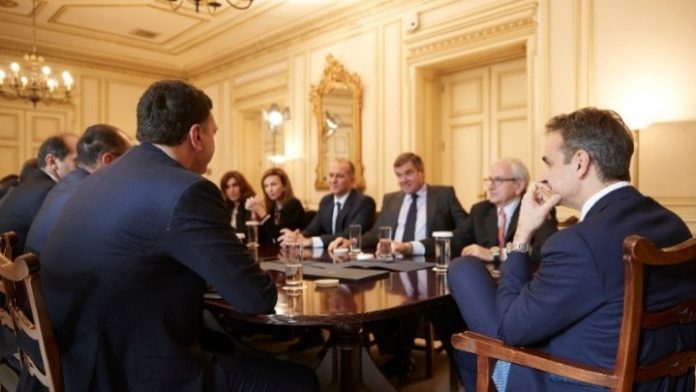 Prime Minister Kyriakos Mitsotakis on Tuesday had a meeting with the president and board of the Union of Greek Shipowners, during the signature of a memorandum between the UGS and the health ministry for a donation that will cover the costs of renovating washrooms in Attica state hospitals and buying new bed linen and blankets for hospitals throughout the country.

According to sources, the prime minister noted that this contribution “will not only change the daily life of hospitals but restore a sense of dignity to the patients” in the country’s ailing hospitals.
“To begin with, I would like to thank you for yet another significant grant from the Union but also give you and the minister an opportunity to tell us exactly what it is you are doing and why it is so important for our hospitals,” Mitsotakis said, while congratulating them on the “resourcefulness” of the idea.