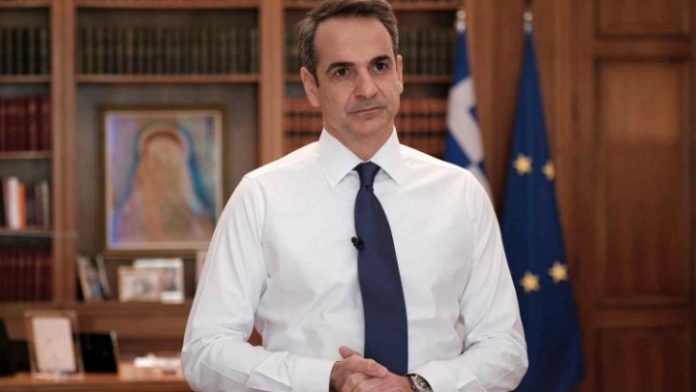 Measures restricting movement outside homes are being lifted as of May 4, Prime Minister Kyriakos Mitsotakis announced at a televised meeting on Tuesday, with free circulation within a prefecture and no need to text-message authorities for reasons to leave one’s home.

Mitsotakis went to great pains to stress the importance of keeping sanitary rules and social distancing, and presented the government’s new motto, “We Stay Safe”, in the second stage of the coronavirus emergency in Greece that opened with “We Stay Home”.

Among the rollaback of measures coming after the Labor Day/May 1 weekend are the following:

– No need to send a text message to 13033 in order to list the reason leaving a house.
– People may move freely, as long as this is within their own prefecture.
– Personal exercise will be allowed at open areas and beaches, except for organized beaches, which will remain shut.
– Some of the stores that will reopen on May 4 include bookstores, electrical appliance stores, garages issuing annual car reviews (KTEO), and sports goods stores will open; hairdressers will be open by appointment only. The rest of stores will reopen on May 11, and malls will reopen on June 1.
– Churches will open for private worship; as of May 17, the public will be able to attend services under social distancing conditions.
The public sector, including hospitals, will also return to more familiar operations, while some services should consider rotations of staff to avoid crowding. Mass transport will increase schedules to accomodate passengers without crowding.
“Returning to work may prove to be more difficult than staying at home,” Mitsotakis warned, adding that “the virus will live among us” and calling for continued vigilance.

He said in addition that the government would be reviewing rolled-back measures every 24 hours for possible outbreaks of the virus.

Schools will open only for last-year students on May 11, and a week later all students from 7th to 11th grades will also return to school. Primary schools and kindergartens will remain shut, with an option of opening on June 1, if conditions allow this. In all cases, the prime minister said, students with special health issues may continue e-classes at home.
As of June 1, restaurants and year-round hotels will open again, observing required public health measures.

The rest of the economy will return to normality within June, Mitsotakis said, while all summer festivals, sports events and concerts are likely to be cancelled.

The prime minister stressed the personal responsibility shown by the Greek public and “the new quality in the relationship with the state”, which he said should continue with mutual trust.