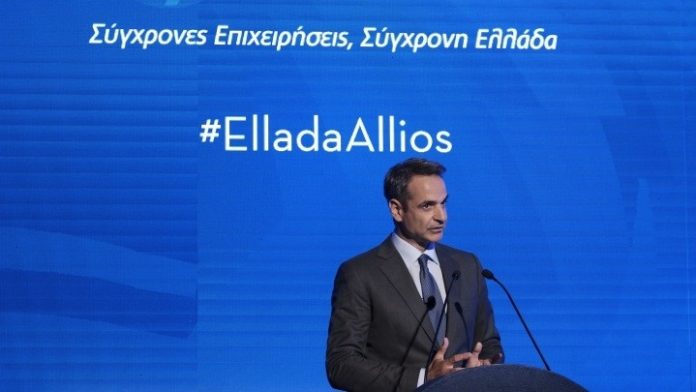 The coronavirus pandemic would have wreaked havoc in Greece if the government had not introduced measures to help investments, reduce taxes and fight bureaucracy, Prime Minister Kyriakos Mitsotakis told the annual meeting of the Hellenic Federation of Industries (SEV), which was held via teleconference on Monday.

Mitsotakis called on hotels to reopen and take advantage of the Syn-Ergasia program that supports them with incentives during low returns due to the pandemic, and said “it is a responsible stance that we expect businesses to honor, and I am sure the professional world will respond to this call.”

The premier said that the pandemic brought to a stop the national economy’s development impetus of the second half of 2020 and the first two months of 2020, “creating global disturbances and forcing us to rethink our national priorities.” Now is the time to pick up the pace to progress again, he said.
“The health adventure may have tested the national economy, but I believe it did not cripple its foundations. Recession in the first quarter of 2020 was 0.9 pct, notably lower than expected, much lower – four times lower – than the Eurozone average,” he pointed out. The economic climate index shortly before the pandemic broke out “was at its highest point in the last 19 yers, and despite the drop is now ten points above that of the rest of Europe,” he said.

Mitsotakis said one of the health crisis conclusions was that “industries of strategic importance in our collective security must be repatriated to Europe.” In addition, production and manufacturing remain key factors in the future of a country, he noted, while he added that “the pandemic highlighted ‘little Greece’s’ ability to stand out as a positive example internationally, after many years.”
The state worked cohesively and effecively and “gave all a sense of security, confidence and trust,” he noted, warning that this trust must be maintained as the country moves to normalcy.