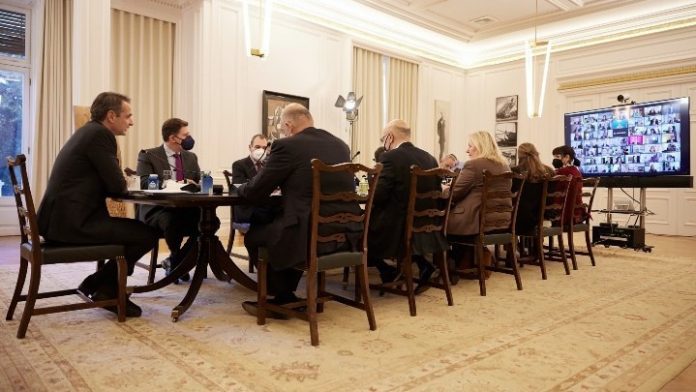 Prime Minister Kyriakos Mitsotakis held a broad e-meeting on Thursday with heads of Greek embassies and of the country’s permanent diplomatic representations abroad.

The premier’s initiative to communicate with diplomatic authorities abroad aimed at presenting the main priorities and objectives of foreign policy for 2022, and how to best coordinate towards optimal promotion of national goals and positions. Mitsotakis’ intention is to establish this communication at the highest level on an annual basis, said government sources.

Mitsotakis emphasized that Greece is a strong and extroverted country that contributes to international developments, has a say and opinion in every multilateral forum, is able to innovate, show the way and be ahead of other countries in European debates; a typical example of this is Greece’s initiative for the European Digital Certificate of Covid-19, but also for mandatory vaccinations.

“The age of introversion, the age of misery, has passed irrevocably. Greece in 2022 is not the Greece of 2012, and it is now in a position to claim -and it must- its role in the international scene,” the prime minister noted.

Regarding Greek-Turkish relations, Mitsotakis reiterated “Greece’s readiness for dialogue based on international legitimacy,” but he emphasized that Greece is just as ready to defend its sovereignty and sovereign rights. This is facilitated by Greece’s agreements with countries in the region, such as Italy and Egypt and in tripartite partnerships in the Eastern Mediterranean, and by the deepening of relations with the United Arab Emirates and Saudi Arabia, as well as by defense agreements with France and the United States.

Kyriakos Mitsotakis reiterated the importance of keeping open the channels of communication with Turkey at all levels, while he stressed that Greece seeks to boost talks on issues which the two countries can cooperate, as part of the so-called ‘positive agenda’, where cooperation can be mutually beneficial. 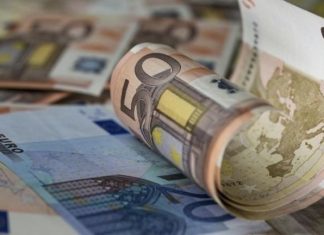