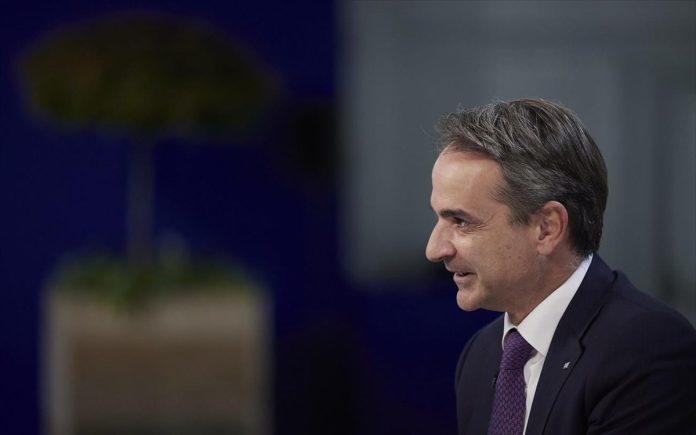 Prime Minister Kyriakos Mitsotakis was in Brussels on Thursday to attend the NATO summit and a session of the European Council, both of which will focus on developments in Ukraine.

According to sources, the prime minister intends to repeat Greece’s support for Ukraine at the NATO summit, which has been actively expressed by the sending of both humanitarian aid and defence supplies, as well as the unequivocal support of sanctions against Russia as allied and European solidarity requires.

The sources noted that this support was also being expressed on a humanitarian level with the reception of Ukrainian refugees, 13,000 up to that time. Mitsotakis will repeat Greece’s unwavering support for international law, the defence of the sovereignty and territorial integrity of Ukraine and its right to defend itself against the Russian invasion.

According to government sources, the discussion on Thursday will raise the main issues at stake for the defence of the Alliance ahead of an overall discussion of NATO’s strategic dogma to be held in Madrid in June.

On the new conditions for the European security architecture, Mitsotakis is expected to emphasise EU-NATO cooperation and the importance of European strategic autonomy, noting that a stronger European security pillar will complement the North Atlantic Alliance.

European leaders at the European Council will also discuss Ukraine and the implementation of the Strategic Compass on the first day, with energy issues on the agenda for Friday. US President Joe Biden will participate in the start of the session.

The Greek premier will support the European Commission’s proposals for common storage of natural gas and repeat his proposals for tackling high prices on a European level.