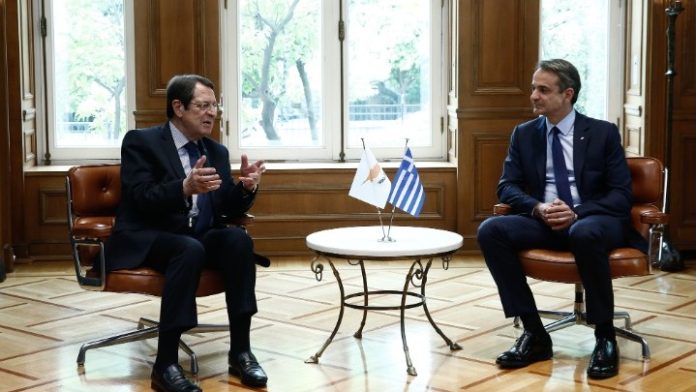 Welcoming Anastasiades to the Maximos Mansion, Mitsotakis thanked him for the honour to address his party’s Congress, adding that the ties between their parties are known and historic. “I want to point out that your visit coincides with a very interesting conjucture as we will have the opportunity to discuss my imminent trip to Washington, the coordination of Greece and Cyprus’ actions in an period which unfortunately, the imperialistic revisionism appeared again in our continent. We will also discuss the prospect for further collaboration in the energy sector and I will have the opportunity to brief you on my upcoming visit to the UAE on Sunday and also on the arrival of Crown Prince of Saudi Arabia in two weeks in Greece.”

On his part, Anastasiades said it would be an honour to address ND Congress, while his visit to Athens will give them the opportunity to discuss a series of matters of mutual interest.