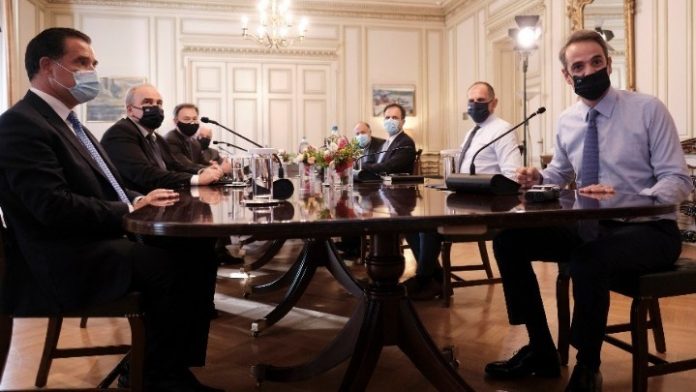 The state has done what it can to promote the investment of the casino construction in the Hellinikon project, Greek Prime Minister Kyriakos Mitsotakis said on Wednesday, and now the ball is in the court of the private sector.
At a meeting between the government and the temporary constractors, GEK Terna-Mohegan consortium (“Inspire Athens”), Mitsotakis said “we expended significant effort in untangling this very complicated issue we inherited” as a government, referring to the entire coastal project.

Mohegan President and CEO Mrio Kontomerkos – participating via teleconference along with Mohegan Chairman James Gessner and Μohegan Greece Representative Polychronis Griveas – thanked the PM and his ministers “for the speed with which they moved to overcome bureaucratic obstacles and to speed up the investments,” as well as the transparency in the procedures, a government statement said. These factors will show globally Greece’s attractiveness as an investment place.

The meeting was attended by several ministers, the PM’s consultants and Lamda Development and GEK Terna CEOs Odysseas Athanassiou and George Peristeris, respectively.