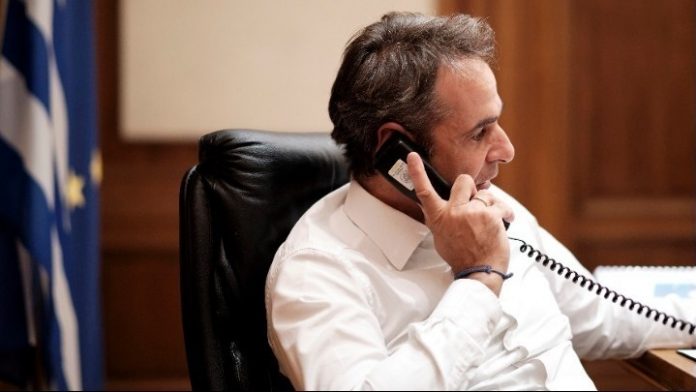 Prime Minister Kyriakos Mitsotakis on Tuesday spoke with Sheikh Mohammed bin Zayed Al-Nahyan, heir to the Abu Dhabi throne, whom he congratulated for striking a deal normalizing relations between the United Arab Emirates and Israel.
They also reportedly discussed the situation in the eastern Mediterranean and the broadening of Creece-UAE collaborations across the spectrum.