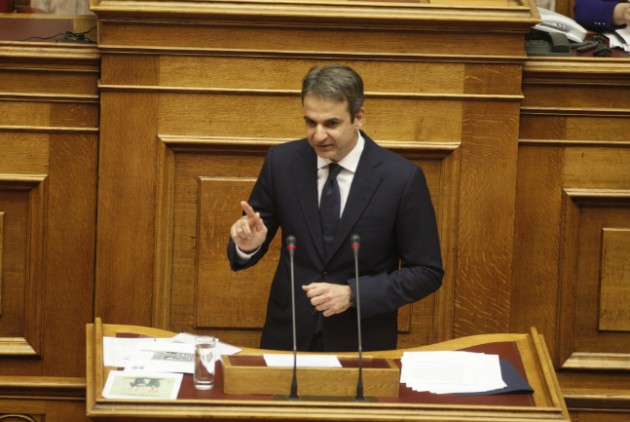 Prime Minister Kyriakos Mitsotakis on Monday launched the parliamentary debate of party leaders on the repercussions of the unfolding coronavirus pandemic by calling for the debate to not become “a partisan dispute” and to not let arguments “blur the picture, away from what should be our common goal.”
The debate was requested by the leader of Movement For Change (KINAL) party Fofi Gennimata.
“The coronavirus does not lend itself to simple rhetorical tropes,” he noted, and urged for the debate to not be reduced to a cacophony of cliches.
“On the one hand,” said the Greek Premier, “is the protection of public health, of Greek citizens, and on the other the management of the financial consequences of the pandemic.”
In this context, he said, objective truth and joint action are paramount, as the coronavirus is unpredictable and can “follow its own evolution, or acquire new ways of dispersal and different characteristics,” he stressed.
“Until the vaccine is found, political forces have an obligation to agree on a minimum common ground,” because “every decision is based on scientific findings, but also on the recognition that conditions are difficult and therefore require complex and dynamic models.”
He pointed out that the vast majority of citizens comply with experts’ demands, “but there are small irrational minorities that often border with paranoia,” and he added that with this in mind, “we have an obligation to stand responsibly and, if nothing else, in the face of these hotbeds of irrationality, support the basic political choices imposed on us by the experts. For example, the mandatory use of the face mask, which at this stage of the pandemic is the most definitive means of protection of ourselves and our loved ones, without suffering the negative consequences of a further restriction of economic activity.”
He said that the protection of citizens is the most important criterion when it comes to judging the government’s handling of the coronavirus pandemic.
“The truth is that we were indeed expecting an increase in new cases once our economy reopened. Not only in tourism but in any economic activity,” he said, although “we could not, obviously, remain in perpetual lockdown.”
“Six months after the outbreak of the disease, Greece counts 286 deaths with an average age of 78 years. We have 11,542 cases, we are in the 111th place in deaths per one million citizens, four times below the world loses average.”
The country managed to avoid the thousands of deaths that plague other countries, he added, as “we stopped the uncontrolled spread of the virus,” he said.
“Greece succeeded in the first wave and still succeeds now,” he pointed up.
But, this success should not have led to citizens relaxing the observance of safety protocols and measures, as was observed this summer, he highlighted.
“Under pressure, we have all reduced our vigilance. Maybe we thought that we would prevent the virus from reappearing. It happened in all countries. Our anxiety was how not to fall victim to our success.”
“We knew the virus was still dispersing, and we knew we had to be careful when we reopened our business,” he said.
“When an increase in cases was identified, the appropriate actions were taken: local interventions with regional-only measures saw that cases were significantly reduced,” he added.
The Prime Minister insisted that the use of face masks is the best defence against the novel coronavirus, and said that although it is unpleasant to admit, “normal life as we remember it, will not return, either soon or automatically.”
Responding to the opposition’s criticism on reopening the country to tourism without an adequate plan, Mitsotakis said that this was performed according to the latest epidemiological data observed at each foreign country and by intense sample taking at all the country’s entry points. Some 451,908 tests were carried out from July 1 to September 6, he added, at Greece’s air and land borders, revealing 972 Covid-19 positive tests, which translate to a 0.2 pct infection rate.
It is estimated, said the Prime Minister, “that besides domestic tourism, we will have four million foreign visitors, which translates into four units of GDP,” and “no one had the right to deprive public funds of this amount of money.”
Moreover, he said, “every person in the industry, from the hotelier to the young man who works as a cook, has no illusions that this summer we would have to simply try to salvage what we can, to protect the jobs as best we can, so that we can come back tougher in 2021.” 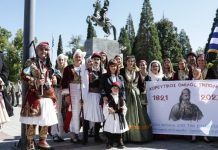 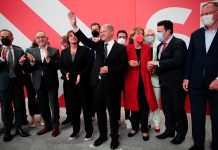 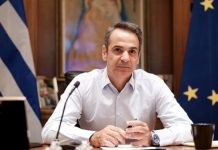