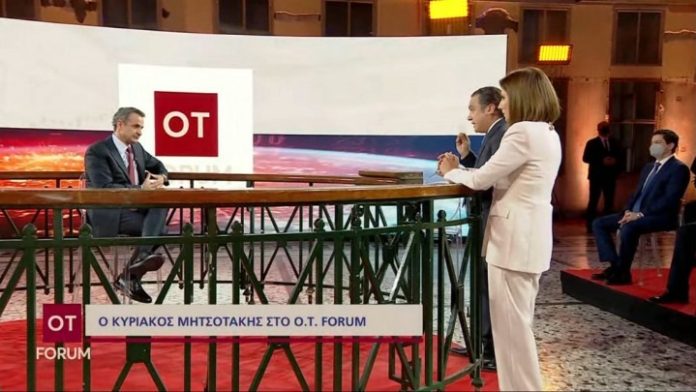 Greece can be a modern European state and is a vision Greek Prime Minister Kyriakos Mitsotakis said he had, at the Economikos Tachydromos (OT) Forum “The World That Is Changing” on Tuesday, where he spoke of reforms and changes that could turn the country into a unique place of residence for nomad workers.

Speaking on a wide range of questions, Mitsotakis said that the sudden rise in energy prices “is an imported crisis primarily, but it must be dealt with on national terms and with interventions in wholesale market and prices.”

He acknowledged however that the support measures his government has announced are not adequate, as “there is no country that can absorb all the increases,” and mentioned that the focus was on targeted rather than across-the-board measures. One of them is the rise in minimum salaries as of May 1 that he declined to reveal but said “will be significant”, while the government retained as a possibility the reduction in VAT on food, something however that would come “at some cost” and would need guarantees that the benefits were actually reaped by consumers.

War in Ukraine
The Greek premier asserted there is no shortage of food in the country, as “Greece is not dependent on Ukraine for wheat or corn; our largest supplier in these products is Bulgaria.” Greece also cultivates a total of 80,000 hectares (800,000 stremmas) of energy plants that produce sunflower oil, used almost entirely as an ingredient in fuels.

The duration of the war in Ukraine is an unknown in terms of the economy, but he added that “we have some reason to be cautiously optimistic about the future of the Grek economy. We do not have any indications that tourism will be affected, and we see continuous acceleration of productive investments.” Development will most likely be lower than forecast, “but last year it surprised us pleasantly,” he noted of annual results. “Things are difficult, I know, but there is a dynamic in the Greek economy that was not there three years ago,” he stressed. A supplementary state budget will need to be tabled, but the government is not “stuck on target numbers.”

Greek economy
Greece has “40 billion euros set aside, and has the ability to plan its borrowing in a way that controls the rise of interest rates. Beyond that, achieving investment grade is an absolutely feasible target for 2023,” Mitsotakis said.

Moreover, reforms and modernization have not ceased, the PM said, while he rejected the possibility of changing the electoral law again. “Our target is stability, not necessarily independence. Our purpose is to make fast decisions and manage crises, because the crises are a long-term reality.”

Asked to comment on polls that show a significant part of Greeks not seeing Russia in disagreeable terms after the invasion of Ukraine, Mitsotakis said that Greece always had close ties to the Russian people, but this is not an excuse for a country invading another to change its rule of government. He defended Greece’s decision to follow the European Union’s decision to send help and arms to Ukraine and said that Greece had to come across as a country respecting alliances.

Turkey
Speaking of Greek-Turkish relations, the Greek leader said that each country has its set stances, and the only difference is the delimitation of maritime zones. “What I told Turkish President (Recep Tayyip) Erdogan is that it is possible to live with our great differences. I discussed with French President (Emmanuel) Macron the possibility of dispatching a large humanitarian convoy to Mariupol. When he told me he had discussed it with Erdogan, I said, Let us all go together. […] We are neighbors. We will always be here.”

Among other questions he answered, Mitsotakis said that the brain drain in Greece is being reversed with better-paid jobs in Greece being created. “I find it impressive that many companies hiring at this time tell me that they get a lot of CVs from young people abroad who want to return to Greece. This is encouraging, and a first step.” In addition, unemployment in Greece dropped by four points, although there is still work to be done, he noted. The problem, he reiterated, is low wages in Greece “which have to be aligned to the country’s development dynamic.”

Commenting on the greener energy transition, he said it is a geostrategic need that “will accelerate.” It will have a short-term investment cost, he added, but a medium-term economic benefit for all. “If we need to sweep aside bureaucratic obstacles, we will do it,” he asserted. 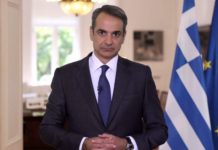 Greece ‘in full coordination’ with EU, NATO over Ukraine 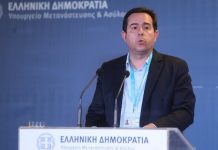