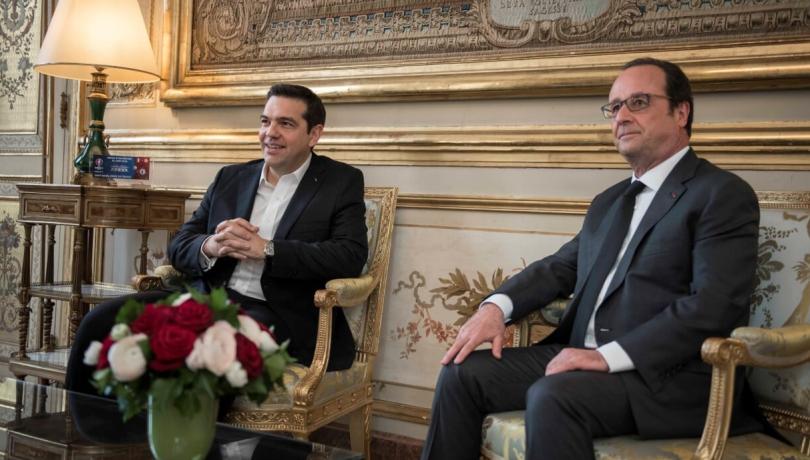 Prime Minister Alexis Tsipras met with French President Francois Hollande in Paris on Wednesday at the Elysee presidential palace, with whom he discussed Greece’s program review.

According to information, Tsipras explained to Hollande that a deal on the Greek program review would have concluded long ago if the differences among the institutions had not caused delays.

He also noted that every delay costs money and instability in Europe, adding that, based on data, the Greek economy is doing better than expected and no new measures are needed.

Concerning the two draft bills on taxation and social security which the government said it will submit to parliament next week, Tsipras told the French president that it is the country’s right to decide how to distribute financial burden.