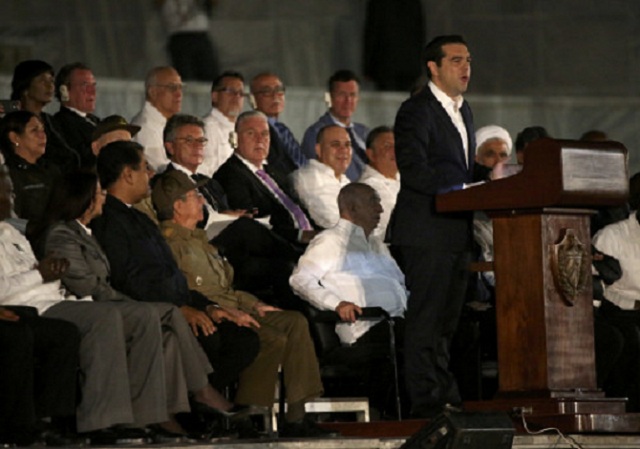 Greek Prime Minister, Alexis Tsipras, has said here that the legacy of the historical leader of the Cuban Revolution, Fidel Castro, has transcended the borders of his country and has inspired peoples around the world.

At the Revolution Square in Havana, we are paying the last respects to this great leader of the 20th century, an international symbol of struggle and resistance, he said.

Fidel inspired battles for independence, freedom, justice and dignity, Tsipras said during the posthumous tribute to the leader of the Cuban Revolution.

Following in the footsteps of the Latin American heroes, Simon Bolivar and Jose Marti, and along with Ernesto ‘Che’ Guevara, he managed Cuba stopped being a dictatorship and become a symbol of resistance and freedom, he said.

The Greek premier highlighted the programs promoted in essential areas such as education, health, science and culture.