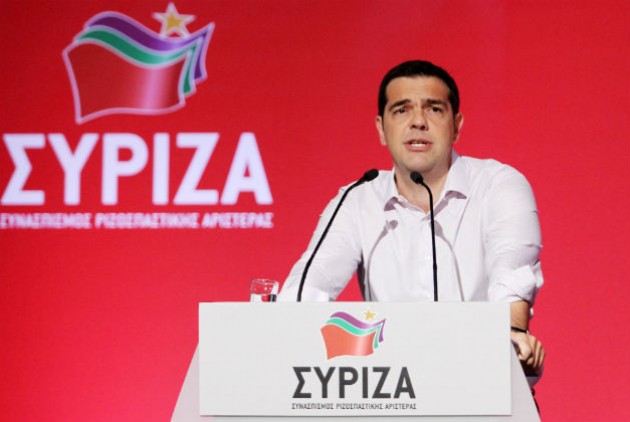 “We have left the difficult times behind us and now it is time for us to reap the fruits of our efforts to get the country out of the memoranda and the tough period of the crisis and surveillance,” Prime Minister Alexis Tsipras said on Saturday during his speech at the SYRIZA Central Committee.

“The presence of the Left in the government is a lasting, open challenge of historical dimensions”

The presence of the Left in the government is a lasting, open challenge of historical dimensions because the Left was and will always be identical to the constant struggle, the fight against injustice and exploitation,” Tsipras said and added: “We proved that what once seemed utopian, what three previous consecutive governments failed to do, was ultimately feasible. We have proven that there is a way out of the crisis by protecting the most vulnerable and keeping society upright. And from August 21 onwards, we turned a new page.”

“The measures announced at the TIF will soon come to Parliament”

The government will soon bring to Parliament and legislate the measures announced in the 83rd TIF, the Prime Minister said.

“The 2019 budget will not have measures, only offset measures”

The government will bring to Parliament the 2019 budget and it will be proved that it does not include measures but only offset measures, Tsipras said during his speech.

If FYROM does not change its constitutional name, Greece will not let its accession to NATO and the European Union

“The Prespes Agreement is a unique opportunity for both peoples and for stability in the Balkans,” Prime Minister Alexis Tsipras said and added: If FYROM rejects it, it must be aware that there are no alternatives. If they do not change their constitutional name, Greece will not allow them to enter the European Union or other international organisations and defence alliances.

“Greece pursues relations of mutual respect with the great powers”

“Greece seeks and has achieved relations of mutual respect with the great powers of the region and our world,” the Prime Minister stressed. “Greece has for the last three years a multidimensional and active foreign policy, which has upgraded its role in the region, along with Cyprus, as a European pillar of peace of stability and security,” he said.

SYRIZA will get a strong new mandate in the October 2019 national elections “to continue this great journey for dignity and social justice that we started together in 2015,” Prime Minister Alexis Tsipras said during the speech in the central committee of SYRIZA.