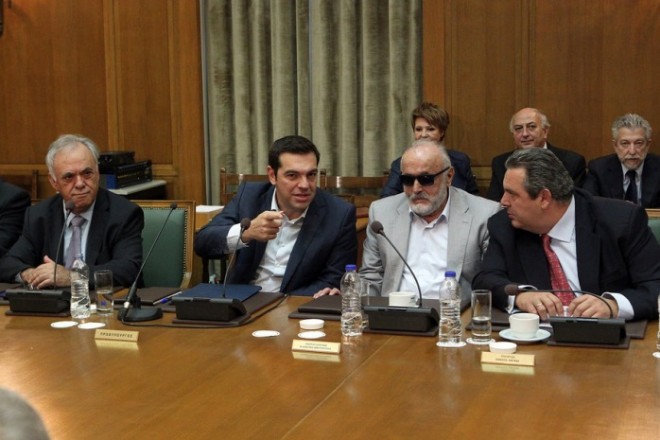 After seven years of recession, Greece has returned to positive growth rates, Prime Minister Alexis Tsipras on Monday said at a cabinet meeting.

He added that this dire reality forces us to plan the next day, because the next day is already here.

Referring to the technical staff level negotiation, he said that the economy has resisted and has recovered adding that the real challenge is not at technical level staff but in the grounds of real economy.

“We must open the consultation on the next day of the economy and that is the purpose of the current cabinet meeting,” said Tsipras noting that the return to the model of the past is can’t be our selection.

“Our goal should be the comparison with the developed economies,” he underlined.

He said, for example, that the deregulation of mass layoffs is a counter-reform and such reforms are only included in the agenda of main opposition New Democracy. For us, social welfare is the fair redistribution of wealth, everyone’s right for a decent and stable job and a sustainable social state, he stated.

The Greek prime minister underlined that despite the crisis, Greece remained in the hard core of Europe and is still an oasis of security and stability.