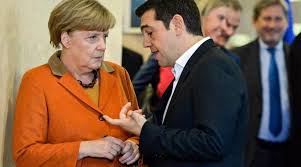 They said the prime minister relayed Greece’s positions concerning the better-than-expected performance of the Greek economy that Eurostat is expected on announce on Thursday, noting that this must be taken into account in the final outcome of the review.