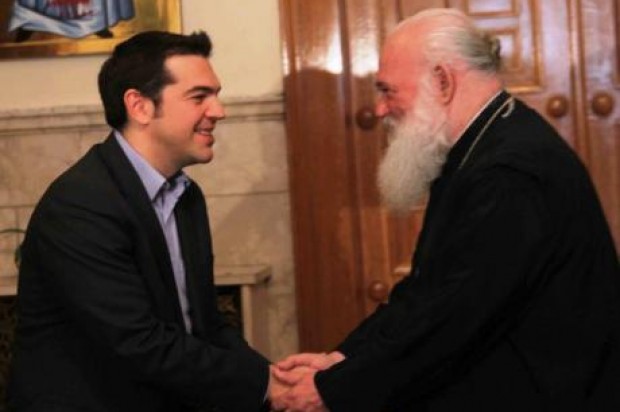 Prime Minister Alexis Tsipras and Archbishop of Athens and All Greece Ieronymos had a fruitful and productive dialog and resolved misunderstandings, the prime minister’s office said in a press release on Wednesday.

“Both sides expressed the will to continue the dialog,” it added.

Archbishop of Athens and All Greece Ieronymos said ‘misunderstandings’ between the Church and the government were resolved.

“We had a meeting, we spoke, we resolved all the misunderstandings and the dialog on religious studies will continue with the Church’s cooperation,” the Archbishop said as he exited Maximos Mansion.