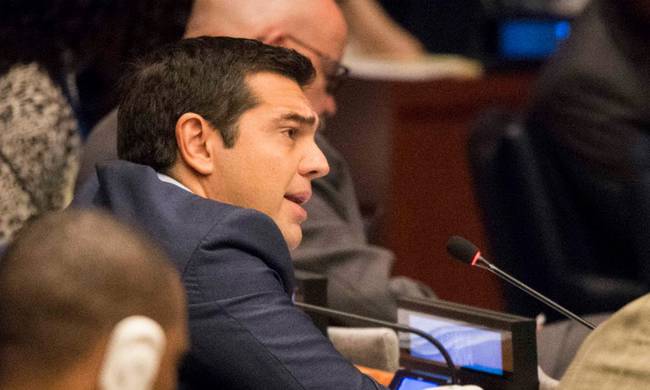 The contradiction between the doctrine of increased political unity in the EU and unilateral actions of some countries on the issue of the refugees, was the main point of Prime Minister Alexis Tsipras’ speech during the debate about Britain’s future in the EU in the European Council summit in Brussels, according to government sources.

Tsipras made the comparison between an “ever-closer Europe” on the north side of the continent and “unilateral actions” which generate shocks on the other side.

On Britain, he said that the country should be helped in its relations with Europe, but not by not circumventing the European Union’s acquis, according to the same sources. He also added that if each country presents whatever interests it and discussion is not held on the basis of values, Europe will sooner or later lead to a dead end.

Addressing on the so-called Visegrad countries (the Czech Republic, Hungary, Poland, Slovakia), the Greek prime minister noted that while they talk about fences, they must realize that what they are facing from Britain is also a “fence”, referring to the suspension of social benefits for European citizens which the country is proposing.

Finally, Tsipras said that comprehensive and collective solutions need to be found for Europe, adding that if this is not possible, it will be better to postpone the summit’s conclusions document until the EU finds solutions on which everyone agrees on.