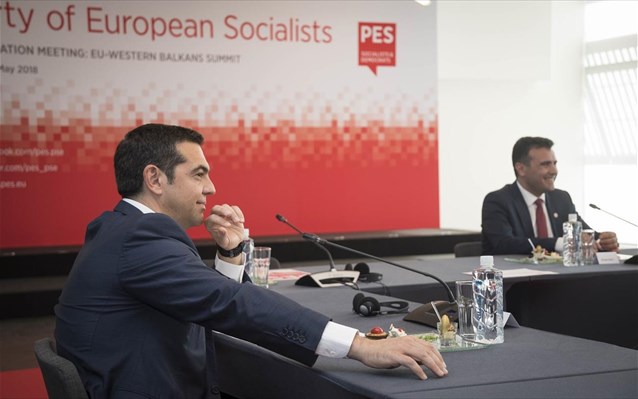 “We are at the final stage of exiting the memorandum,” Prime Minister Alexis Tsipras at the preparatory meeting of the Party of European Socialists (PES) summit in Sofia on Wednesday, according to government officials.

The prime minister highlighted that “we must all make the right decisions, including those that relate to the easing of Greek debt.”

The socialist leaders welcomed efforts by Tsipras and FYROM Prime Minister Zoran Zaev to solve the name issue, highlighting that only progressive leaders could achieve this, the Greek leader said on Twitter.

Zaev, who is also in Sofia for the summit, described Thursday’s meeting as being a “positive moment to confirm what has been achieved so far”, adding that he expects “only progress.”