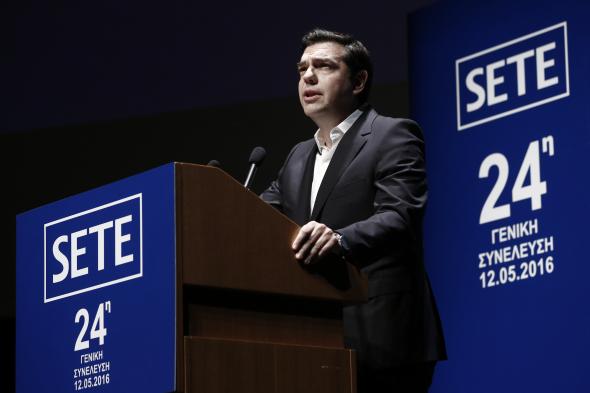 Greece is entering a new era of growth and optimism, Prime Minister Alexis Tsipras said on Thursday, referring to the conclusion of the country’s program review and the start of talks on its public debt, during a speech at the 24th General Meeting of the Association of Greek Tourist Enterprises, in Athens.

The prime minister said tourism is spearheading the new development perspective opening in the country, as it supports employment in at least 200 professions.

Ensuring an environment of economic stability and guaranteeing security are the two pillars important for tourism, Tsipras said, adding that he wants to send a message domestically and abroad that Greece is and will remain a country of stability and security, despite it being located in a tumultuous region. He also said that after the first program review concludes and public debt is reduced, uncertainty will be replaced by stability.

“The challenges are great and in many cases exceed us, as we live in the most beautiful but troubled neighborhood in the world, in a Europe that is experiencing a security crisis,” Tsipras said.

Commenting on specific measures the government is planning for the sector, he said the overnight levy in hotels will be applied as of 2018.