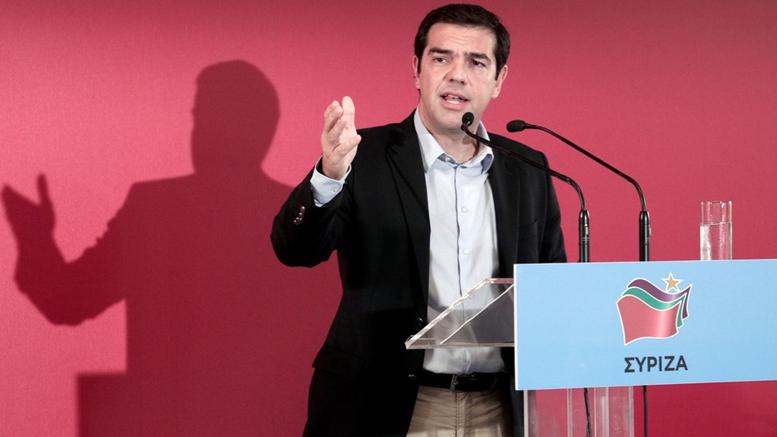 SYRIZA congress reaffirmed our commitment on the strategic horizon and the radical transformation as well as on our direct strategy and efforts to get the country out of the crisis, stated Prime Minister Alexis Tsipras addressing SYRIZA congress that is held in Athens.

Tsipras said that three difficult months are ahead of us, “but we know about difficulties, we have a plan to take us out of the memorandums and of the supervision regime” he said adding that “the people will judge our government after the completion of our four-year tenure in 2019 and will make the comparison with the disastrous period of 2010-2015”.

“We are all deeply aware, we are not walking on air because we know the difficulties and the restrictions but we are not pessimistic but determined to face even the biggest difficulties” said Tsipras.

The premier said that the present juncture is the most difficult turning point and that the ‘war’ is raging because everyone, inside and outside the country, knows that the dawn will come for the Greek economy and for the Greek society and “the deepest darkness is before dawn”.

Tsipras noted that the government has all fronts open, inside and outside the country, by selection “in order never to become managers of misery but to create the conditions for a realistic plan to exit the crisis with the society standing, with justice, redistribution and social cohesion”.

Referring to Greece’s lenders, he said that Greece respects the agreement and the same expects from the lenders noting that delays and postponements will not be accepted and send the message that the debt solution will offer prospect to the global and the European economy.

He called the opposition parties to respond positively this time and to contribute in parliament president Nikos Voutsis’ new effort to form the National Council for Radio and Television.

“We continue to bear a heavy burden but I am certain we will find solutions”, he said referring to the refugees issue adding that EU-Turkey agreement, even though problematic and difficult, “we must defend it because the deaths of migrants and refugees in the Aegean have been reduced to zero after this agreement”.

Finally, on Cyprus issue he noted that “we continue to support the efforts of the Cypriot government and the negotiations between the two communities. We want a fair and viable solution” said Tsipras and underlined that the problem is a matter of illegal invasion and occupation, a problem of infringement of the principles of the international law. “We struggle for a solution but not a solution with the Turkish troops on the island”.