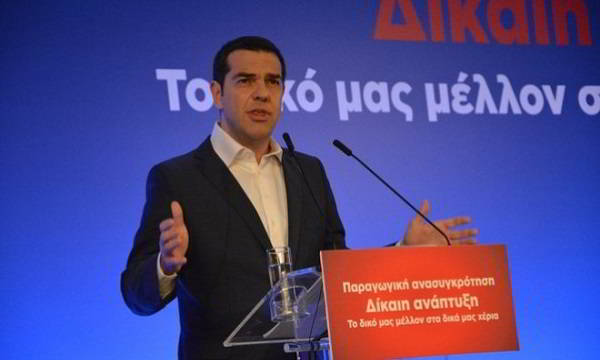 The long suffering of Greece under tough financial measures and supervision is over, Prime Minister Alexis Tsipras said on Tuesday, speaking at the Regional Development Conference for the South Aegean.

The last of a series of conferences highlighting the role regional development can play in Greece’s economic future “coincides with a great turn in the country, a turn of a page, following a very long period of supervision and tough financial restrictions,” Tsipras said.

Greece’s adventures are finishing, he said, “and this time, we are succeeding where others have failed.” The completion of the fourth fiscal adjustment review, “a few months from now, a few days from now, will bring an end to the surrender of sovereignty,” the premier said.

Things are clear, he noted, despite the fact this is not pleasing to some people – “Greece is heading towards a clean exit from all memorandums, without a provisional credit line, and, mostly, without new heavy obligations imposed on the country and the Greek people,” Tsipras said, criticising “those who forecast otherwise and said so publicly.”