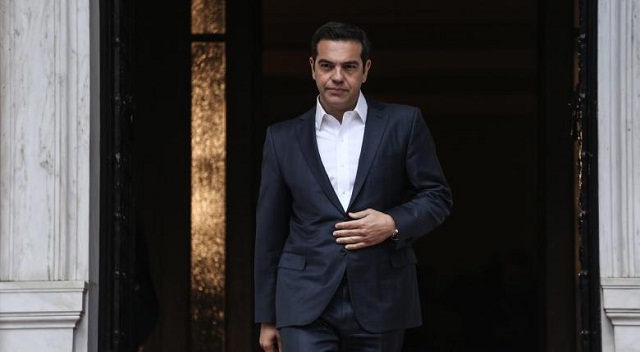 “Greece will neither allow nor tolerate any questioning of its territorial integrity or its sovereign rights; Greece is not playing games,” stated Prime Minister Alexis Tsipras during his speech to Coast Guard officers on Thursday, during a visit to the shipping ministry.

“Greece is a country within the inner core of the European Union, a NATO member-state with a strong regional role and international alliances, a country that constitutes a pillar of stability and safety in a wider destabilised region,” he said. According to the prime minister, “some are surely annoyed by this. They are annoyed by Greece’s upgraded role in the region’s geopolitical developments. But they must come to grips with reality; reality dictates total respect for international law and abiding by the priciples of good neighbour relations, of peaceful co-existence and of regional cooperation”.

Referring to the Greek Coast Guard’s crucial role, Tsipras underlined that “[Greece] is on the front line, a guarantor of the security of the sea borders with a strong presence and in close cooperation with FRONTEX, which is carrying out its largest operation in the Aegean,” underlining that Greece’s borders were also the borders of the EU.

“Those who fantasise about ‘grey zones’ and question the fundamental rules of international law should take this into consideration,” Tsipras noted.

Referring to the recent incident near the Imia islets and the ramming of a Greek coast guard vessel by a Turkish patrol boat he underlined: ” The provocations and offensive rhetoric against the sovereign rights of an EU member-state is an action that is also against the European Union. The recent incident in Imia was the result of a totally irresponsible stance from Turkey that put human lives at risk.”

Concluding he praised the Coast Guard’s contribution in handling migration flows. “Over 200,000 people were rescued by the Coast Guard,” he said, adding that when other countries closed their borders and erected walls, the men and women of the Greek coast guard had offered a lesson in humanism and solidarity to the entire world. 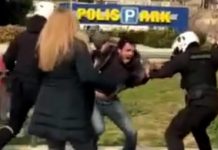 Greece eyes lifting COVID curbs in retail before end-March, tourism in May