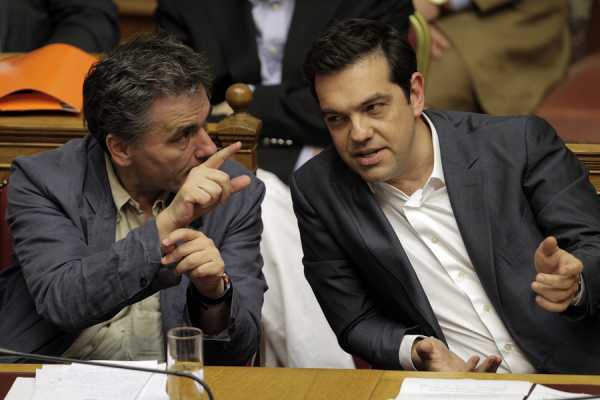 Greek Prime Minister Alexis Tsipras has started a series of meetings with key cabinet members hoping to reach an agreement with creditors during Monday’s Eurogroup.

The meeting of euro zone finance ministers on May 9 is crucial for Greece as wrapping up the bailout program review will pave the way for the disbursement of the next loan tranche and will lead to the desired talks on Greek debt easing.

Talks between Greece and the quartet of international creditors are at a gridlock after the insistence of the International Monetary Fund on contingency fiscal measures worth 3.6 billion euros. European creditors – the European Commission, European Central Bank and European Stability Mechanism have also adopted the IMF position that additional measures might be needed in order for Greece to reach its fiscal targets for 2018.

Government officials, including the prime minister and Finance Minister Euclid Tsakalotos, state publicly that Greece will not take contingency measures because they are not part of the July 2015 agreement and it is unconstitutional to legislate measures in advance.

Greece’s counter proposal to the precautionary measures is to establish a mechanism that would automatically cut state spending in case Greece does not reach fiscal targets. However, creditors do not seem to trust such mechanism insisting that Athens should offer details of the specific budget savings it plans to make.

Representatives of the EC, ECB, ESM and IMF have reportedly met during the Greek Easter break in order to discuss the contingency measures and Greek debt relief.