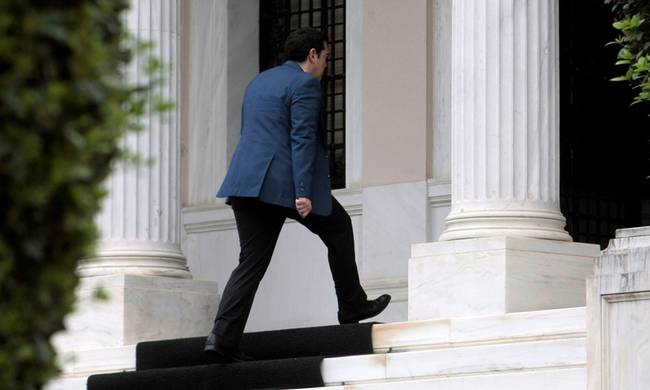 Prime Minister and SYRIZA leader Alexis Tsipras on Monday sent a letter to the leaders of the political parties in parliament, ahead of a government initiative to begin the process of revising the Constitution.

In his letter, Tsipras noted that “the economic crisis in the last decade, along with the conclusion of the period of the memoranda with the agreement for the settlement of Greek debt and the clean exit on August 21, 2018, have created new challenges for democracy, he state institutions and the protection of the individual and social rights.”

The eight years of the fiscal adjustment programmes did not only erode a part of Greece’s financial sovereignty but also lowered the value of representative institutions and political bodies, undermining the citizens’ trust in the political system and, for a large number of citizens, their trust in democracy itself,” noted Tsipras.

“Now that we are leaving behind us this cruel period, we must all together, without overlooking our political differences, consider what we must change in order for our political system to regain the citizens’ confidence and to strengthen democracy and and popular sovereignty. The foremost initiative in this direction is to revise the Constitution, which is a mature demand, not only of Greek society but also the political world. The new architecture of the political system, an extension of institutions of popular participation, the disctinct roles of the state and the church , the upgrading of the rule of law, the change to provisions concerning criminal liability for members of the government and the state’s institutional shielding of corruption, along with the strengthening of the protection of common goods, are demands that are mature in the citizens’ consciousness and therefore can constitute the start of a series of broader political and social consensus,” according to Tsipras.

He also said that “it is the political forces’ of the democratic arc that have responsibility to the citizens to not miss another opportunity to listen to their concerns and their will and not consign to a drawer the mature changes that our Constitution needs, which could restore the credibility of the political system and strengthen the democratic operation of our political system. This is achievable if we show the responsibility to keep the revision process far from political purposes, he added.