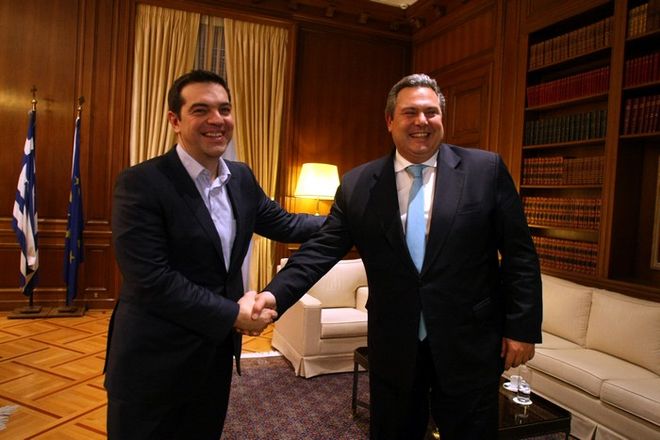 Prime Minister Alexis Tsipras met on Friday with Defence Minister Panos Kammenos, who is also the head of junior coalition partner Independent Greeks. The two agreed that right now Greece needs unity and political stability as it is the initial phase after which the country left its bailout, officials said.

They both agreed that their common goal at this moment is to boost the growth dynamics of the Greek economy, while also strengthening the social state and lightening the load carried by low and middle income groups and implementing recently approved tax relief measures.

In regards to the Prespes agreement, the two men agreed that they will not let it harm their work in the government and will revisit the issue in March, officials added.