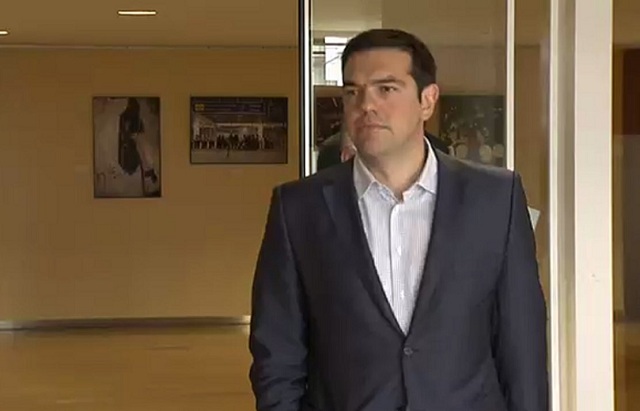 It is “perfectly feasible” for Greece to complete the second program review with its lenders on a technical level in time for the next Eurogroup meeting on March 23, Prime Minister Alexis Tsipras said on Wednesday, during a joint press conference with Maltese Prime Minister Joseph Muscat at the Maximos Mansion.

Muscat is on official visit to Athens as part of his whirlwind tour of six European capitals to discuss migration, security and the EU’s economy.

“We are in the phase of negotiations. It is perfectly feasible to complete the review at a technical level by the next Eurogroup on March 23. We’re working hard so that on March 23 the review will be filly completed,” Tsipras said, responded to a question by Athens-Macedonian News Agency.

Asked the same question, Muscat said the Greek government has made significant progress and many colleagues in Europe share the opinion that with the current government there is a serious effort to do things right.

Concerning the future of the European Union, Tsipras said the 60th anniversary of the Rome Treaty finds Europe facing serious dangers, such as euroscepticism, which is largely in due to the fact that the EU stopped being attractive to its citizens because of the austerity policies. On the other hand, he continued, there’s a democratic deficit and citizens don’t feel they are participating in political developments. If these concerns are not taken into account, Europe will be left watching developments and the powers of euroscepticism take the lead, he added.

“The anniversary must not be commemorative, but one of reflection and redefinition of the direction that will make the European project attractive to its citizens again,” he said.

On his side, Muscat said a social pillar should be an integral part of the EU’s future. “In Greece I found someone who fully shares my view,” he told journalists. The Maltese premier said some member-states have different views and should be convinced on the need to forge ahead, so that there is a REAL vision for better social conditions and less unemployment.