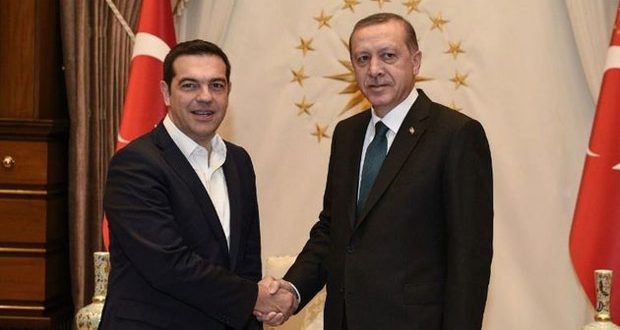 Prime Minister Alexis Tsipras asked Turkish President Recep Tayyip Erdogan to meet to discuss the system of guarantees in Cyprus, which remains one of the thorniest issues in the ongoing negotiations during recent calls to the Turkish leader, government sources said on Monday.

According to the sources, Tsipras told Erdogan differences between the two sides remain and any multilateral meeting before this issue is settled is bound to fail. The Greek premier and Anastasiades also agreed that the latter proposes a date for the multilateral meeting on the condition that Tsipras meets with Erdogan ahead of the talks.

Tsipras has been in contact with Turkey’s leadership as well as Cyprus’ President Nicos Anastasiades in recent days as talks between Greek-Cypriots and Turkish-Cypriots intensify.