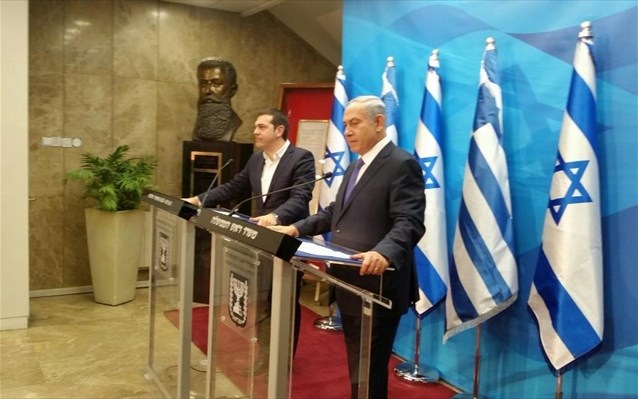 Greek Prime Minister Alexis Tsipras on Wednesday said his government will be fully prepared, as of next month, to deal with the refugee flows targeting various Greek islands in the eastern Aegean, while he added that it remains to be seen if Europe, too, will live up to its commitments. He made the statement during a joint press conference with Israeli counterpart Benjamin Netanyahu in Tel Aviv.

Asked how long Greece can manage the refugee crisis which surpasses its abilities and whose efforts to address the issue have not been recognised, Tsipras said that the same question holds true for Europe adding that Greece has been facing huge pressure on its smaller islands in the northeast Aegean in recent months, which he described as the largest population movement since World War II.

The Greek premier also said Athens has managed to cope with the crisis by showing Europe’s “good face”, despite the country’s economic problems and difficult adjustments. Tsipras also lashed out against “certain bureaucrats in Brussels” who don’t understand his government’s stance and noted that it is an international reality, which has repeatedly been documented.

Moreover, Tsipras stressed that the solution to the problem depends on cooperation with Turkey and a fair distribution of refugees among European countries. Concluding his remarks on the issue, he said that the “blame game” has never been effective and that what’s important is to find solutions and distribute the weight caused by the crisis.