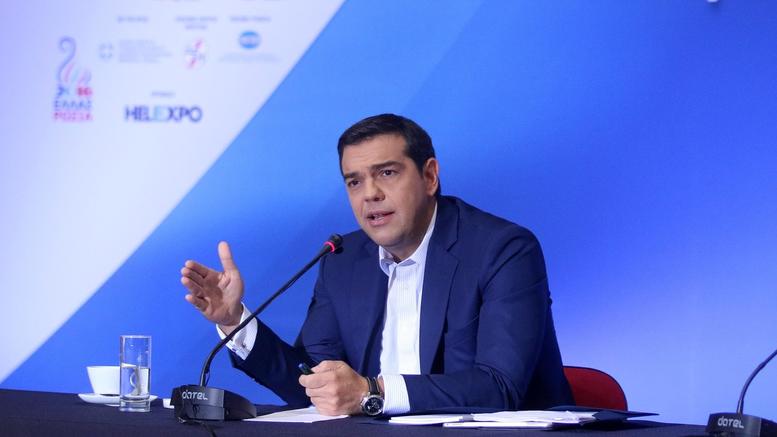 The International Monetary Fund (IMF) should decide whether it will participate financially in Greece’s current bailout program by the end of the year, Prime Minister Alexis Tsipras said on Sunday.

“We can live with or without the IMF presence,” Tsipras said during a press briefing in the northern city of Thessaloniki, a day after his annual policy speech. “What we cannot do is live with the IMF setting one foot in and leaving one foot out.”

A reasonable date for the Fund to make up its mind was the end of the year, he said.

Greece is determined to outperform its fiscal targets and speed up the conclusion of the upcoming third review of its bailout progress, he said, but Athens expects that its lenders will act “in good faith” and help it achieve its goal.

Tsipras said that his leftist-led government would assess the country’s fiscal progress and promised handouts to the vulnerable, in case of outperformance.

“We ought to be careful in the coming period,” he said. “But we need to have a full picture of the economy… we are above targets and we will make sure that there will be a dividend for the vulnerable, which we will announce at the right time.”

The prime minister also presented the government’s plan to relieve some of the economic pressure on poorer Greeks, saying that it is possible there will be a financial margin to make some changes as of 2019. By limiting tax evasion and smuggling, there’s optimism that the government will not only achieve the targets, by create a reserve, he continued.

“This is our aim and we are determined to move ahead on it,” he said, and reminded journalists the economy’s over-performance in 2016 and 2017.

Asked by the Athens-Macedonian News Agency whether the government plans to give pensioners again a one-off Christmas bonus this year, he said: “This will depend on the existence of fiscal space, high growth rates and meeting the budgetary targets which are quite stringent and have been recorded in the medium-term [program].”

He said the government will have the fiscal space created by a 3.5 percent surplus in order to make some necessary corrections as of 2019. This will be beyond the support measures already agreed with creditors for 2018 and 2019, totaling one percent of GDP in 2019 and another one percent in 2020, to counteract the recessionary measures of the program.

Asked about his stance on Turkey’s accession talks, Tsipras said it will be a tactical and strategic mistake for the European Union to halt them. He said he disagrees with the view presented recently by some European partners who suggested abandoning talks, noting that Turkey is an important regional power and should remain engaged.

At the same time, he urged Turkey to review its attitude towards Greece by stopping its provocations and airspace violations, and keep a more reasonable stance on Cyprus.