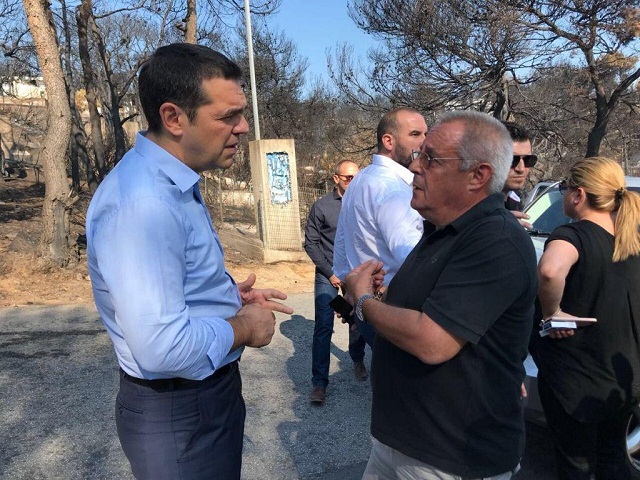 During the roughly one-hour visit he went to the areas of Argyri Akti, Rema and Kokkino Limanaki, as well as the fire brigade and armed forces coordination centre on Olympos Avenue.

The prime minister spoke with local residents, fire men, soldiers and was briefed on the current situation by the deputy chief of the fire brigade, as well as infrastructure ministry civil engineers that are currently on the scene.

In a tweet about his visit, Tsipras expressed his “unspeakable sorrow” after visiting the site of the tragedy.

“I spoke with citizens, civil engineers, soldiers, firemen and volunteers. Unspeakable sorrow but also immense respect for those that fought an unequal battle with the flames and are now fighting the battle for restoration,” he said.