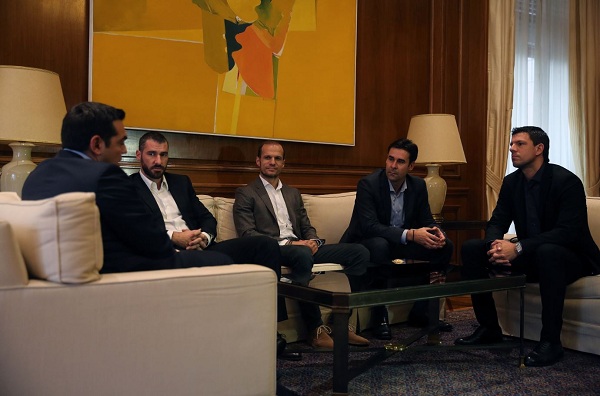 Prime Minister Alexis Tsipras expressed the government’s determination to introduce reforms in Greek football in an effort to restore end violence and resore normality, during a meeting with representatives of Greece’s 2004 national team at Maximos Mansion, on Friday.

The prime minister said he invited the team, which won first place in the Euro 2004, to discuss developments in football and possible ideas to resolve the problems facing the sport.

“We are very concerned about the situation in Greek football and we are determined to intervene, to make reforms, because this is what Greek society wants and the fans: to restore normality so we can go to the football field with our children, our families.”