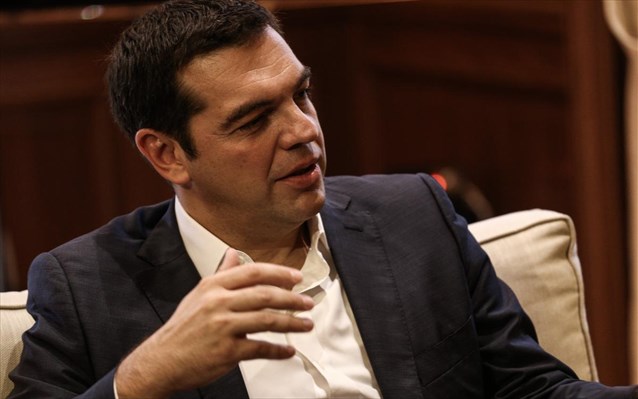 “We are moving to the restructuring of our country, overcoming the crisis and recovering our sovereignty,” Prime Minister Alexis Tsipras said in an article to “Avghi” newspaper on Sunday.

“Greece will make the big step forward. It will win the battle of democracy, restructuring, social justice and solidarity, paving the way for Europe to follow suit,” he underlined.

The prime minister described January 25 as a historic day. “It is the day when the Greek people proudly decided to change course and made the left party responsible for leading that long, difficult and hopeful course. A course of economic, productive and social restructuring based on the establishment of a credible and socially fair state, the strengthening of democratic institutions and a more efficient public administration on the side of the citizens,” he stated.

“We knew that this would be a painful effort and that we would have to conflict with powerful vested interests and pathogenies that led the country to the brink of destruction,” he said adding that “we are proud we can continue the battle from better positions, aimed at ending the crisis with justice and democracy.”

Tsipras underlined that this struggle that started in Greece was a struggle for all of Europe. “But we are not alone in Europe any more. We are moving ahead with alliances that are continuously strengthened, changing the correlations,” he noted.

Tsipras said that the second year of governance “will mark the rupture with the old regime,” adding that the program review will be successfully concluded and the procedure for debt relief is being accelerated. “We proceed to the restructuring of our country overcoming our crisis and regaining sovereignty,” said the prime minister.

“With faith in our strength and support to the Greek people, we will succeed. Greece will make the great step forward. It will win the battle of democracy, reconstruction, social justice and solidarity, paving the way for all Europe,” he concluded.