Attacking main opposition New Democracy in an announcement on Sunday, the prime minister’s press office accused the main opposition of working with sympathetic media to gain politically from the deaths in eastern Attica’s devastating fires at a time “when we are still searching for our dead”.

“There has been no precedent in a crisis when the briefings on all the facts of the tragedy were so prompt and given by the government spokesman in person, who held an emergency press briefing at 2:30, immediately after the first information on the extent of the disaster reached the centre of operations,” the announcement said. 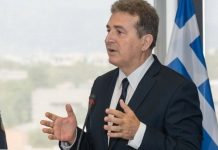 Chrisochoidis: This Christmas must be a time of empathy, resignation and solidarity 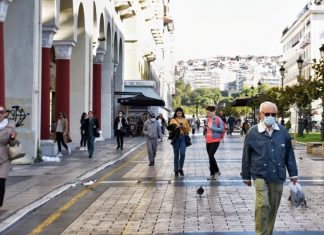 Τhe lockdown cannot be lifted all at once as long as the numbers remain so high, Development and Investments Minister Adonis Georgiadis said to...

PM Mitsotakis: The pandemic was a dramatic catalyst for change in...

WHO Europe: Working to ensure majority of population is inoculated against...

Dendias: Gov’t has chosen to invest in economic diplomacy