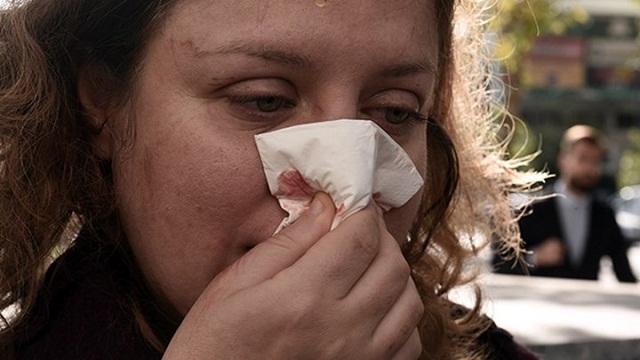 A total of 25 members of Golden Dawn, the extreme-right party, have been brought in to the Greek police headquarters for questioning over the attack and injury of a lawyer and another two women on Alexandras Avenue, near the Athens Court of Appeals.

The individuals being questioned include 23 men and two women.

The three victims are also at the police HQ for identification purposes, while five Golden Dawn deputies have also arrived at the premises.