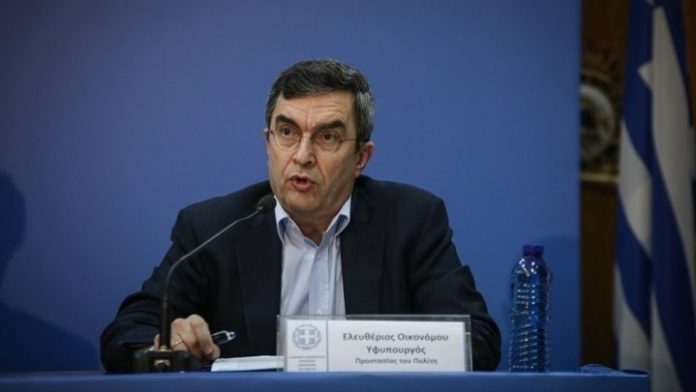 A decision by the Hellenic Police to permit public gatherings of up to 100 people is an easing of the restrictions for Covid-19 and not a further restriction, Deputy Citizen Protection Minister Lefteris Economou said on Tuesday, in a statement to the Athens-Macedonian News Agency (ANA).

The police earlier announced that, following a decision of the police chief, as of January 26, 2021, at 06:00 until 06:00 on February 1, 2021, all public open-air gatherings of more than 100 people are prohibited throughout the country.

The announcement added: “This is not related to any planned rally, and it also does not concern the presence of citizens in shops, stores, etc.”

“This is a suggestion of the competent National Committee for Public Health Protection, which in order to formally come into force, as provided by current legislation, requires the issuance of a decision by the Chief of the Hellenic Police.”

Economou reiterated the clarifications of the Police that the measures was not taken in response to planned rallies, such as an education-sector protest rally on Thursday, nor people doing their shopping in high streets.

He pointed out that restrictions and bans on public gatherings have been in place since last May for serious public health reasons and to limit the spread of Covid-19, whichcalled for the suspension or restriction to nine or 50 people (depending on the situation) of public outdoor gatherings, as provided for in Article 11 of the Constitution (on the right to peaceful assembly).