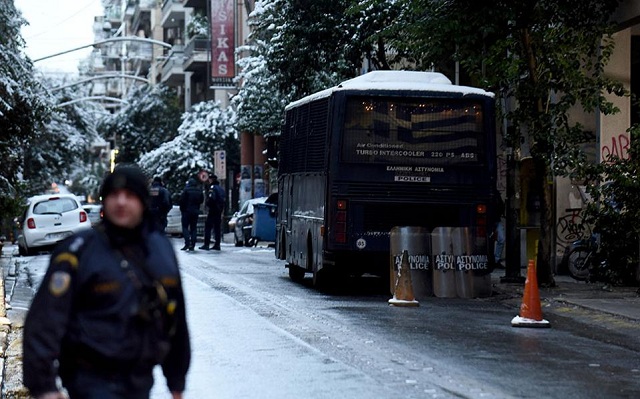 The Greek police on Wednesday announced that the Kalashnikov rifle used in Tuesday’s attack on the PASOK party’s Harilaou Trikoupi headquarters has been identified as the same gun previously used by a group calling itself “Organisation for Revolutionary Self-Defence”.

A ballistics examination on three shell casings and bullet fragments found at the scene revealed that the same weapon, a 7.62 mm Kalashnikov combat rifle, has been used on two occasions so far. These were the attack on PASOK’s offices at the same address on May 24, 2014 and the attack on a building at Filikis Etairias 14 housing the Mexican Embassy on July 31, 2016.

The Organisation for Revolutionary Self-Defence had claimed responsibility for both attacks, as well as an attack with a hand grenade targeting a police officer guarding the French embassy on Vassilisis Sofias Avenue opposite Parliament on November 10, 2016.

A 34-year-old special guard was injured during the latest attack, targeting a platoon of MAT riot police outside PASOK’s office in the early hours of Tuesday morning.