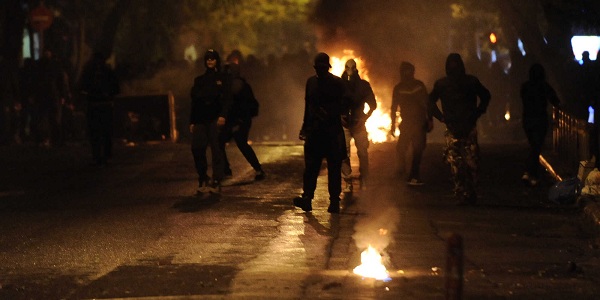 The seven were detained after groups of youths first mounted an attack on the Exarchia police station using petrol bombs at around 22:00 on Saturday night and mounted a petrol-bomb attack on a MAT riot police platoon stationed on Harilaou Trikoupi Street.