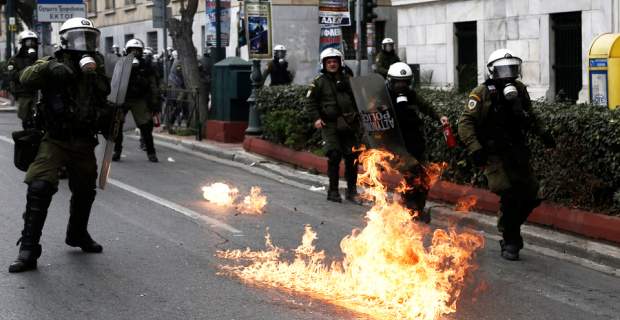 Police reopened Patission Avenue near the Athens Polytechnic University which had been closed for several hours due to riots caused by youths earlier on Monday.

The rioters set rubbish bins on fire, ripped road signs, smashed traffic lights and threw stones, petrol bombs and other objects against the riot police deployed in the area to try to push them back.