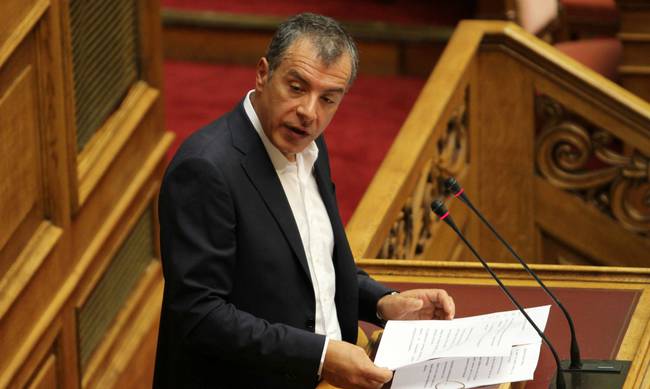 Potami leader Stavros Theodorakis accused the government of launching a “class war” against the middle class, during a debate in parliament on the 2018 state budget.

“The SYRIZA-ANEL coalition are bringing in parliament a very heavy budget, which includes taxes for those who are starting, starting a business and trying, while for all others (unemployed, poor, weak) a strong dose of indirect taxes,” he said.

“The government is incapable of working for the country’s growth and will continue to distribute poverty, misery and taxes, and accommodate [people] in a wasteful party state,” he added.