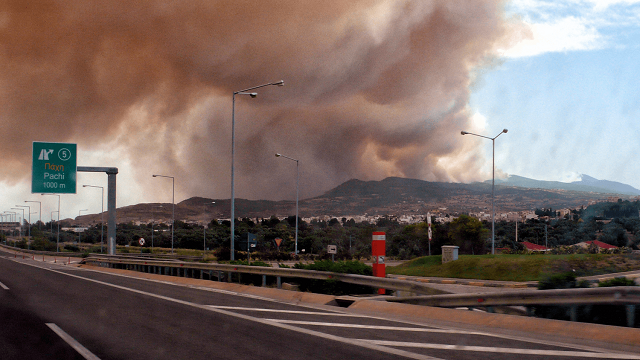 Power cuts were reported in the broader region affected by the wildfire blazing in Kineta on Monday, which has caused severe damage to the power lines in the area. Police have also ordered the suspension of Proastiakos train services in the region.

Hellenic Electricity Distribution Network Operator S.A. technicians are currently unable to access the points in the network that have sustained damage or been destroyed while the operator is also cutting power to regions at the orders of the fire brigade, for reasons of safety.

The company said that an assessment and repair of the damage will be carried out once the fire is under control and authorities allow access to the area.